Skip to content
The Evolution of Cataract Surgery Technology

The Evolution of Cataract Surgery Technology 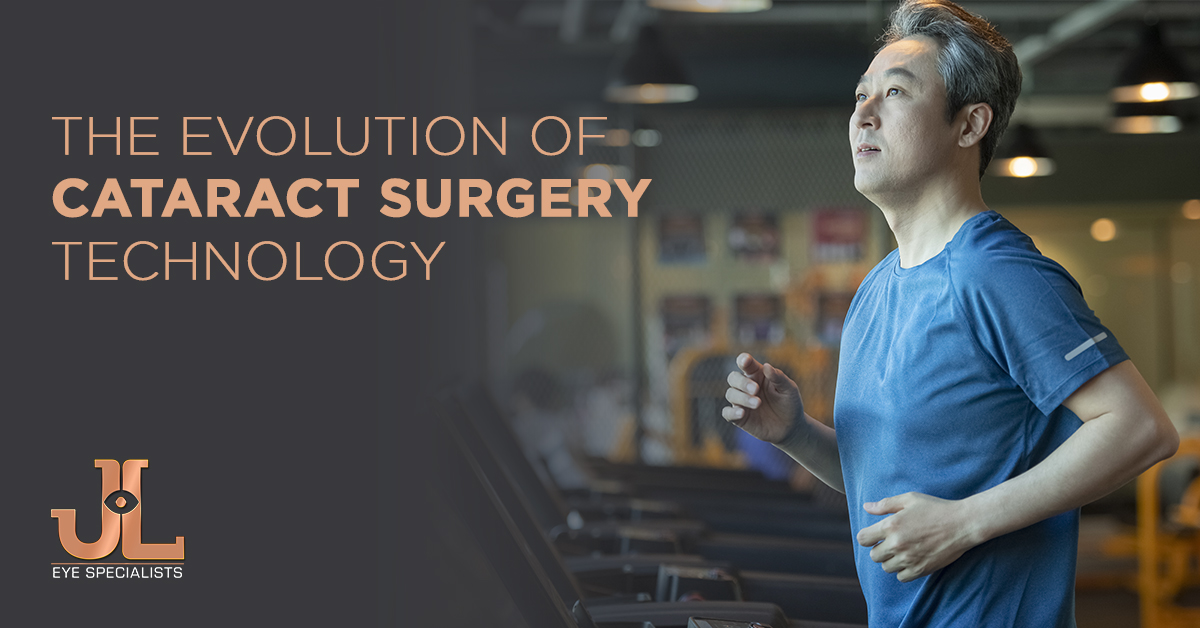 Cataracts are the leading cause of vision loss across the globe, accounting for over 50 percent of cases. Today, cataracts can be treated with modern surgery, but it wasn’t always so. As with any treatment, it started humble and has evolved throughout history.

The technology used in cataract surgery has completely transformed in the past two decades. The advent of clear corneal phacoemulsification and refractive surgery emerged from several improvements during this period.

What’s behind the distinctive movement that led to such advancements? Let us look back down memory lane and tackle how cataract surgery technology has improved over the past decades.

Can you believe that people have been performing cataract surgery since  ancient times? Admittedly, it’s difficult to imagine that the procedure was conducted by ancient doctors, especially since there was no anaesthesia during that time. Nevertheless, doctors performed the surgery by using a lancet to push the damaged lens back into the eye, a procedure dating back to 4,000 years.

Called couching, the procedure lacked an aseptic technique and was rough, resulting in poor health outcomes. In addition, numerous side effects were associated with the operation, such as glaucoma, endophthalmitis, and hyphema, frequently resulting in blindness.

A successful cataract extraction was performed in 1747 by Jacques Daviel from France, credited as the “Father of modern cataract surgery”. The procedure has improved dramatically from couching. To perform it, he would make an incision less than 10mm in the cornea. Then, he will puncture the lens capsule with a blunt needle and extract the lens using a curette and a spatula.

After the surgery, the patient’s eye will be covered with a dressing and cleaned using cotton soaked in wine. Despite this procedure’s significant improvements over couching, there were still complications, including infection, retained cataracts, and posterior capsular opacification.

While Daviel was the one who first performed extracapsular cataract extraction (ECCE), Samuel Sharp from London was the earliest documented surgeon to perform intracapsular cataract extraction (ICCE) in 1753. However, it took years before Sir Nicholas Harold Lloyd Ridley, an English ophthalmologist, opened up about using intraocular lenses. Instead, he studied various materials he wanted to use that the human body won’t reject.

In the 1940s, Ridley introduced the concept of intraocular lens (IOL) for cataract surgery, which uses a unique material called polymethylmethacrylate (PMMA). Over the years, cataract surgery underwent a battery of evolutions until the birth of modern cataract surgery. Finally, in 1949, he implanted the first IOL in history, and to date, this IOL cataract surgery is dubbed the most common eye surgery worldwide.

Technology and surgical techniques developed over time, making extracapsular cataract extraction one of the standards for cataract treatment. American ophthalmologist Charles Kelman introduced a novel approach in 1967 — phacoemulsification, which uses ultrasound and a needle to break apart the lens and remove it through a small incision. This development has allowed surgeons to limit the incision size in the eye from 10mm to less than 3mm.

Regarding intraocular lenses, there are several options to choose from today, depending on the patient’s needs and treatment plan. For instance, they can select mono-focal, toric, multifocal, trifocal, extended-depth-of-focus (EDOF), or Eyhance IOL. In addition, modern IOLs provide refractive solutions and treat other vision problems, such as presbyopia and astigmatism. In the long run, with an IOL, patients will not need prescription glasses anymore after cataract surgery.

Several promising technologies will be introduced when looking into the future of cataract surgery. For instance, scientists are now looking into artificial intelligence (AI) to provide surgeons with accurate information to perform procedures. Now, scientists at the University of Texas Southwestern Medical Center use AI algorithms to help doctors and improve patient outcomes. They use technology which relies on the patient’s reflex reactions to light to centre incisions and ensures the new lens lines up correctly.

Indeed, the future of cataract surgery looks promising. All these improvements will ascertain that patients will restore their vision and live full and healthy lives.

Read: 10 Things You Should Know About Cataracts

However, as the procedure evolved, it helped millions of people see again. Today, it is essential to choose a cataract surgery clinic that is equipped with the latest technology and has experienced surgeons. This way, you will receive the proper care you need and also receive quality services.

At JL Eye Specialists, we offer modern cataract surgery and a full range of intraocular lens technology available for your refractive needs. Please book a consultation with our medical director Dr Jimmy Lim so that he can create a tailored treatment plan for you.

The Evolution of Cataract Surgery Technology

6 Factors That Affect the Cost of Cataract Surgery in Singapore

10 Things You Should Know About Cataracts

JL Eye Specialists is an ophthalmology clinic in Singapore that specialises in general ophthalmology, cornea, refractive (LASIK), and cataract surgery.

To cover the expenses that you may incur, we accept several corporate and international insurance policies. If you have any of the insurance plans below, please let us know when you schedule an appointment with us. For more questions, feel free to contact us at +65 6258 8966.

We understand that each patient comes with their unique concerns. We customize our approach to ensure that we provide each patient with the appropriate treatment to address their needs.